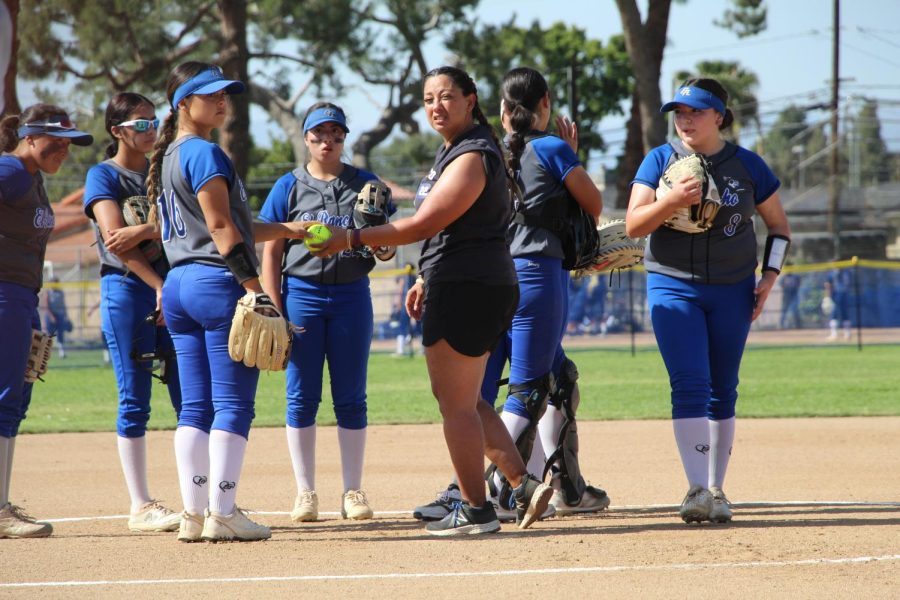 Inconsistency plagued the softball team throughout the season, but that didn’t stop them from finishing strong. Playing against top teams in the off-season, head coach Stephanie Senteno-Tapia was trying to find her line-up to get ready for league and play against the Division 1 teams in our league, La Serna High School and California High School. The focus for the team this year was to make adjustments and be better next time.

The softball team started off 0-6 in league but kept their head in the game. Taking home the “dubs” against Whittier and La Serna, they made the playoffs in a wild card game against Woodrow Wilson, winning 1-0. Senior Reanna Carranza said, “We had a pretty good comeback than what others thought.” They advanced to the first round of playoffs but came up short and lost against Bonita High School.

The home game against California High was a huge game for Carranza as she says “We had a close game and went extra innings.” The Lady Dons lost 4-3, but that was the best game she pitched all season. At the end of the day, everyone had a role on the team. “Just ’cause you’re not playing then, doesn’t mean your time won’t come,” said Senteno-Tapia. The girls have built a good foundation trying to put El Rancho Softball back on the map. Senteno-Tapia adds “We’re only getting started.”