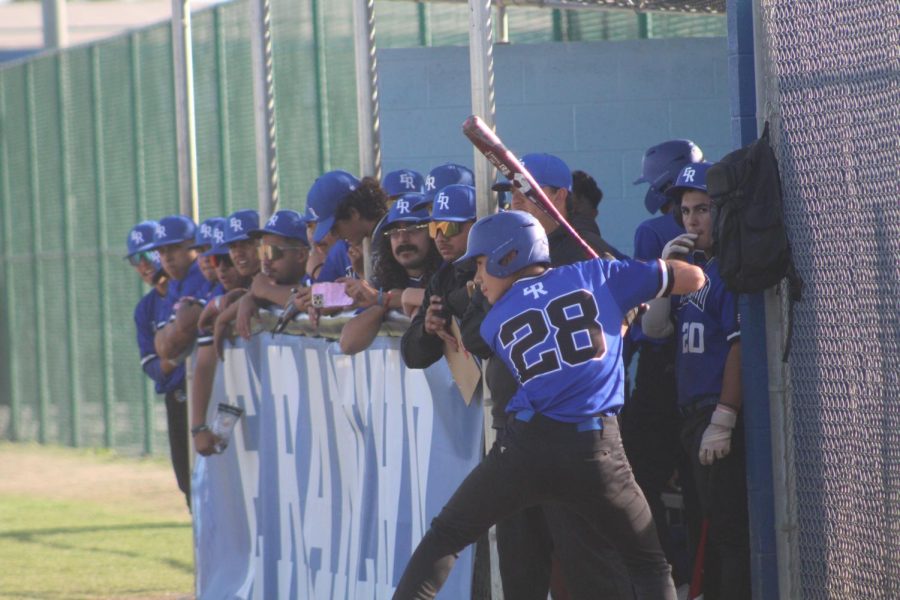 Ranked second in the Del Rio League, varsity baseball finished their season with the record of 7-5 and made many accomplishments throughout the season. The start of the school year came with many challenges for the boys in blue. Senior Luis Pinon described this year as a real “rollercoaster season.” With the baseball field resurfacing project taking place, the team was without a field for several months. Although this was a challenge, the team found ways to stay ready. They utilized any space available, like the JV softball field and Rivera Middle School to prepare themselves for the upcoming season.

They went into the season with high expectations, expecting to finish as league champions. Games were always highlighted with packed stands, energetic music, and cheering students. The band would start each game by playing the national anthem. Junior Justin Cardenas proved to be the team’s ace pitcher this season as he consistently fired strikes past opposing batters. Junior Felipe De Alba lived up to his popular walk-up song, Oye by Pitbull, with the “bombas” he hit into the outfield. Senior Ryan (Cheeto) Cabrera brought the heat this year as he shut the door on Del Rio League opponents.

The dons reached the second round of the CIF playoffs after upsetting the #2 ranked team in CIF Division 4, Walnut High School, and tied for the most wins amongst teams in the Del Rio League (15).  Head coach Rich Rios says “how you do one thing, is how you do everything.”

”Coach Rios would also like to acknowledge senior Leilani Patino for her dedication to El Rancho High School, hard work as athletic commissioner, and commitment to the ER student body. Your efforts do not go unnoticed and we will miss you, good luck in all your future endeavors, and remember BE ALL YOU CAN BE.”