Los Angeles County needs to rethink the ways they are combating the homelessness crisis. 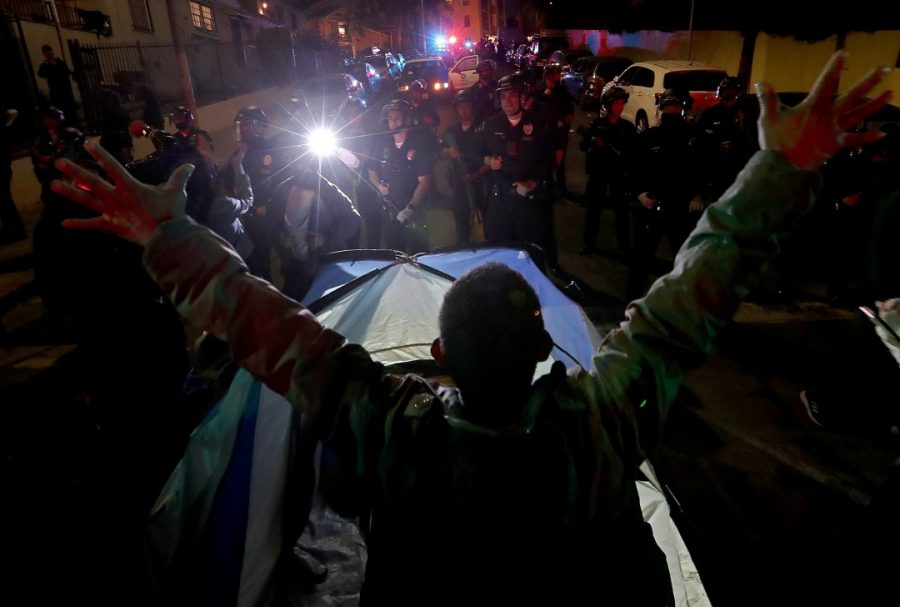 The issue of homelessness in Los Angeles has been around since World II when housing development in the United States couldn’t keep up with the population growth in the city. Federal Housing Administration (FHA) and widespread rent control were enacted into law in 1942 in order to reduce the population in the streets of Los Angeles.

Los Angeles is one of the counties in the United States with the highest population of homeless people. The population has been rocketing. In 2020, the number of homelessness in the county was approximately 8000 according to the Los Angeles Homeless Services Authority, but in 2021, the number rocketed to 24,000, and the number is expected to rise to 44,000 by 2022 if proper measures are not put into consideration. To reduce the homeless population in Los Angeles County, the government has proposed settlements that would encourage only short-term fixes. One of the proposals that have been made to eliminate the street population is by accommodating them in hotel rooms. This is a good idea, but it will not solve the crisis. This is because the hotel rooms are not permanent housing.

Some factors have contributed to the increase of homelessness population in Los Angeles, California. One of the factors is the economic system. The United States’ economic system is unfavorable; thus, most people are unable to meet all the basic needs. For instance, the cost of living in the United States ranges between $1000 to $1200 per month. This means that for an individual to meet his or her basic needs for the day, he or she must spend $40. This is a huge amount, and those who are unhoused may not be able to afford it. The second factor that has contributed to the increase of the homeless population in Los Angeles is poor governance and leadership. It is the responsibility of the government to create an environment where people can realize their potential and provide for them in critical areas such as health, education and ensure there is food and opportunity for its people. The government has failed because the cost of living is extremely high, thus making the environment unfavorable. The other factor that has led to the increase of homelessness population in Los Angeles is substance abuse. Drug abuse is a major problem not only in Los Angeles but in the entire United States. Drug abuse leads to mental illness which drives people to end up not being able to afford the cost of living in LA, thus increasing the number of people living in tents in the streets of Los Angeles.

There are some proposals the City of Los Angeles should take into consideration in order to reduce the homeless population in the city.  First, the government should purchase hotels and motels and convert them into apartments to accommodate homeless people. This is already being done with Project Roomkey. Project Roomkey is a collaborative effort by the State, County, and the Los Angeles Homeless Services Authority (LAHSA) to secure hotel and motel rooms for vulnerable people experiencing homelessness during the COVID-19 Pandemic. This project should be expanded by the city to run past the pandemic and provide permanent housing for our unhoused neighbors.

Another solution that has been proposed is to increase the number of housing vouchers. The housing choice voucher is a program operated by the federal government to assist the low-incoming families, elderly, street families, and disabled to afford a decent and safe house. Increasing these vouchers will minimize the homeless population in the streets of Los Angeles. In addition, the federal government must expand the renter’s protection and landlord regulations. The current laws are unfavorable to renters, thus providing a chance for the landlord to eliminate them from their premises if they fail to meet the agreement. Some of the unhoused families might have been in the streets because they were pushed out by their landlords. Therefore, to minimize such cases, the federal government must develop laws that will consider both sides, that is, renters and landlords. The fourth proposition to reduce homelessness in Los Angeles is converting unused or underused premises into supportive housing. There are a lot of premises in the county that have not been in use for a long period, and others are underused; therefore, the federal government should renovate those premises and issue them to our unhoused neighbors. Furthermore, the government can rent those premises at an affordable price to the homeless population. The federal government should also increase accessibility to services such as medical services. In this case, drug abusers in the streets of Los Angeles can get medical services such as rehabilitation easily, thus reforming them as well as making them move out of the streets. Lastly, the state government and the federal government should create job opportunities within California so those who are unhoused to become employed. Poverty is one of the major causes of the existence of the unhoused in California. When people are employed, they will be able to cater to their basic needs, which include shelter, food, education, clothing, and medical services.

Homelessness is one of the major challenges that is facing California, Los Angeles. Since the pandemic, the population in the streets has rocketed, and the number will continue to increase if the relevant authorities do not address the issue. Some of the factors that have led to the increase of homeless people in Los Angeles County are poor leadership, a high economic system, and poverty. Many organizations have proposed ways on how to reduce this number however, they are not in power the city council is and they must take action as soon as possible before homelessness becomes the next pandemic in Los Angeles.