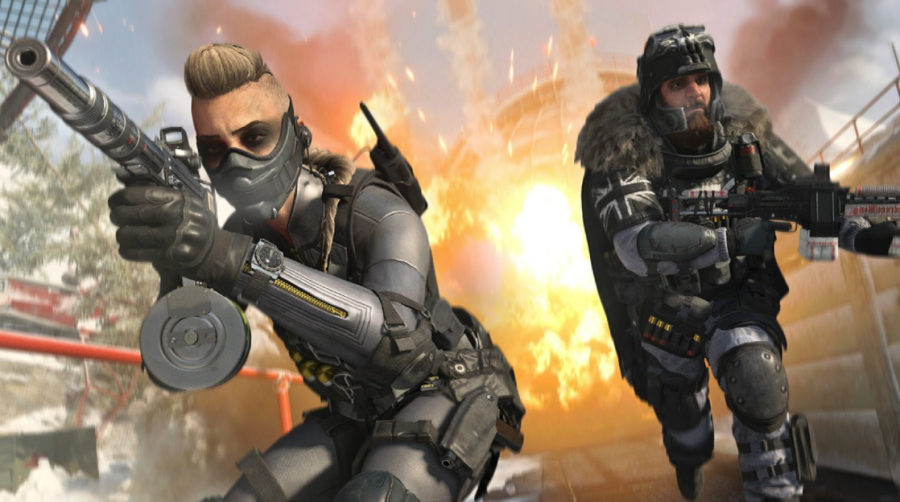 On Wednesday Warzone released their highly anticipated season 3 update. The season 3 update was one of the biggest updates that Warzone has had since the first release of the game. The update came with a sequence of in-game live events, weapon changes, and many cosmetics which players can obtain by either paying for them or playing the game

The season 3 update had major game changes which the majority of players had been waiting for. Since season 2 the warzone community had been asking for a new map because they felt as if the game was becoming stale and repetitive. Raven Software responded by reskinning verdansk into an 80’s theme which includes 4 new points of interest and a new version of stadium. The old stadium point of interest has now been destroyed and now is more of a field than a stadium. Along with these new points of interest, there has also been a slight bit of change of other locations on the map and now the colors of many locations are much more vibrant. This new map was teased a couple months back in a leaked trailer which featured a lot of celebrities such as Young Thug, Gunna, Druski, Jack Harlow, etc. On Thursday, the official release of this trailer was released to the public in which the audience was able to see some of the reskinning done to the map. This map was introduced with two live events in which the first part took place on Wednesday and the second part on Thursday.

The first event was a game mode titled The Destruction of Verdansk Part 1 in which players had to drop into the map and try to stay alive. Every player who died respawned as a zombie and their main objective was to kill all humans. At the end of the event there was a cutscene in which a nuke hit Stadium and there was a major explosion. Players were left on a cliffhanger, but the very next day they would be satisfied. The Destruction of Verdansk Part 2 took place on Rebirth island unlike Part 1 which took place on Verdansk. The main objective of this event was for the players to fight for the detonator which was meant to destroy Verdansk. The players had to hold the detonator until it reached 100% so that they could technically win. After the detonator got to 100% every player was shown a cut scene in which it showed time being manipulated. The missile that hit Verdansk never hit Verdansk and every player went back in time to where Verdansk was rebuilt in a 80’s theme. After the cutscene was over, players were sent into new reskinned Verdansk to try to eliminate the opposing squads and try to earn the victory.

Apart from the map change, there were new weapons introduced into the game, some weapons were adjusted a bit, and some were removed partially. A new change that was unexpected was the removal of modern warfare weapons as floor loot. Now players can only find Call of Duty Cold War weapons as ground loot which is something that a lot of players disagree with because a lot of them think that the addition of Cold War weapons into Warzone ruined the game. Many weapons were also nerfed and buffed such as the M16 and FFAR which both received nerfs because a lot of players were complaining about them and the majority of the community were using both of these weapons, which means that there was really no variety in the warzone. Some weapons which received buffs were the Cold War AK-47 and the Fara 63 which was introduced back in season 2. There were a couple of new Cold War weapons which were introduced such as the PPSH and the Swiss K31 Sniper. Players can unlock both of these weapons for free by leveling up their battle pass either in Warzone or Cold War.

With the introduction of Season 3, there was also a new Battle Pass which can be purchased for 1,000 Cod points in the shop. If players choose to buy the battle pass they can earn free cod points, weapon camos, vehicle camos, calling cards, emblems, stickers, and limited skins. There are 100 tiers which can all be unlocked by leveling up the battle pass or if players really want to unlock every item immediately they have the option to purchase all the tiers with Cod Points.