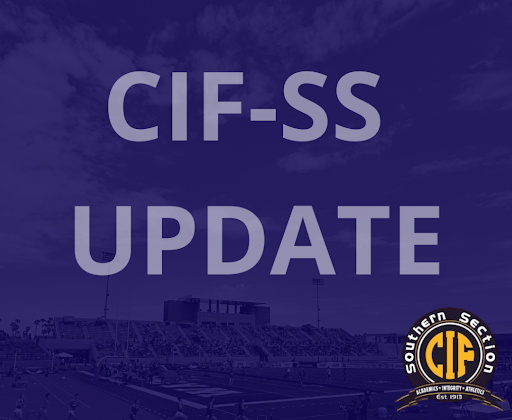 Post-season championships will return to the CIF-SS this school year. The California department of public health (CDPH) has provided updated guidelines that will enable the competitions of teams within any part of the state. With vaccine administration in California becoming accessible to sixteen years old and up, the cases of COVID-19 have reduced.

The sports that will be able to participate in championships include soccer, volleyball, basketball, baseball, tennis, lacrosse, baseball, and softball. Both boys and girls shall participate in all sports. According to CIF-SS, the competitions will, however, take place in home settings rather than the scheduled locations and follow all CDC COVID-19 guidelines.

CIF-SS is working on individual games such as golf, tennis, and swimming. Only wrestling will be denied in this championship for both genders as no tournaments have taken place this season and hence there is no league finals plan.

The California department of public health has forbidden wrestling due to high levels of contact during these individual tournaments and gatherings of their teams. The City Section, made up mostly of Los Angeles Unified schools, has already decided to hold playoffs and team championships for all spring sports at home sites with the exception of wrestling and basketball, which remain uncertain. It also would provide a waiver from the Los Angeles County Department of Public Health (LAUSD) to hold a track championship. LAUSD still hasn’t decided when or if it will allow an indoor basketball postseason.

CIF has granted a waiver that will allow athletes to compete in the games this year. In addition, the Southern Section will maintain the same playoff divisions and pooling and will require an improved record of at-large teams. The bracket could increase or decrease depending on the number of leagues sent into qualifiers.

More details about the Southern Section’s playoffs including location and dates will be provided in due course.