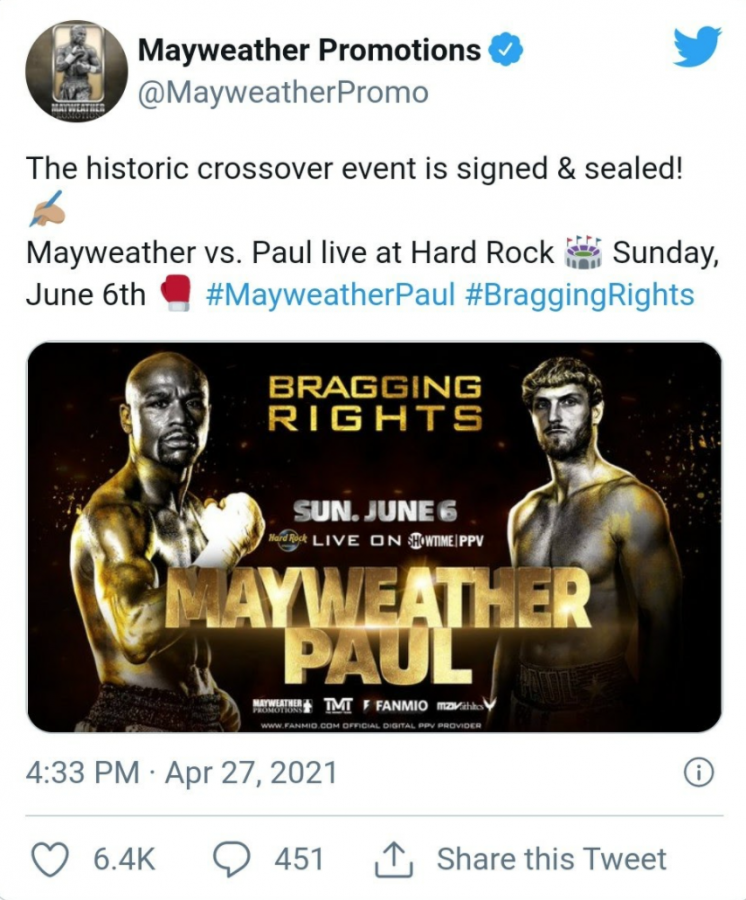 Finally, after months surrounding the hype between Logan Paul and FLoyd Mayweather, the official fight date was announced for June 6. The fight will be held at Hard Rock Stadium in Miami Gardens, Florida.

The fight was originally meant to be held on February 20, but due to Covid and “business complications”, the fight was postponed.

Floyd Mayweather will enter the ring with a professional record of 50-0-0. He is in the debate for one of the greatest boxers of all time. His last professional fight, against Connor McGregor was back in 2017 where he easily bested his opponent.

Logan Paul, a Youtube star and celebrity, will enter the ring with a professional record of 0-1-0. His loss was against rival Youtube star KSI.

As the promotion art suggests, this fight will be for “BRAGGING RIGHTS” and will have lots of people talking about it for a while.