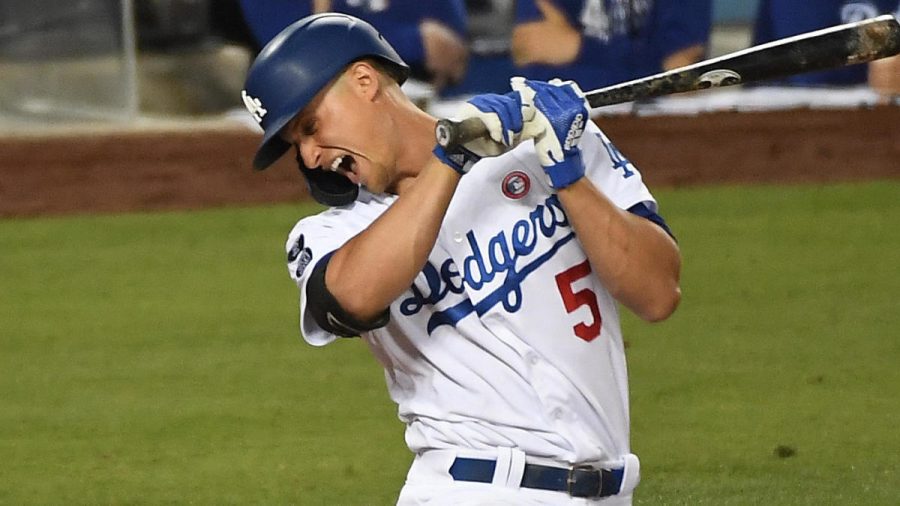 The Los Angeles Dodgers shortstop, Corey Seager suffered an injury during Saturday’s win against the Marlins. He was put on the 10-day injury list Sunday, due to the results of the x-rays.

His fifth metacarpal in his right hand fractured after he was hit by a pitch from left-hander Ross Detwilder. When he was hit, his reaction showed how much pain it caused and he was taken out of the game. Gavin Lux replaced Seager at shortstop for the rest of Saturday’s game and Sunday’s game as well. Once the game ended, the x-rays showed his right hand was fractured. He’s using a splint and doesn’t need surgery.

Dodgers Manager Dave Roberts says he expects him to be out for four weeks.

“Fortunately, I think we dodged a bullet on that one,” said Roberts. “We’re just kind of going to let it heal.”

Seager plays a big role in the Dodgers’ success as the team’s number 2 hitter all season, says mlb.com. His batting average at .265 with four home runs and hit .375 with four RBIs in the last six games he’s played.

Corey Seager adds to the list of injured players on the Dodgers.