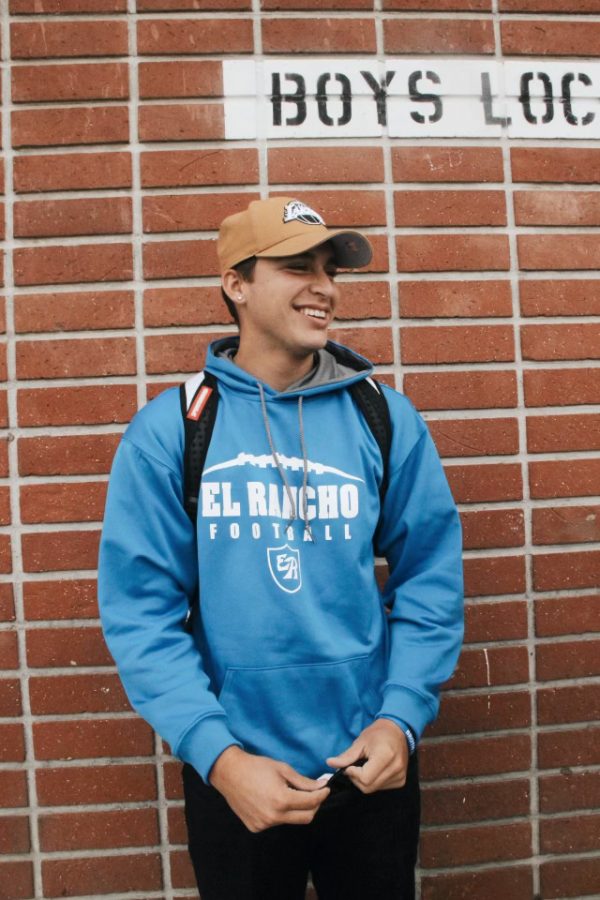 Senior quarterback Elijah Mitchell deserves a round of applause for leading the El Rancho High School varsity football team as they are 6-0 heading into league play.

Earlier this week Elijah Mitchell was named Southern California’s athlete of the week. “It is a dream come true to have my name put out there, not only for the work I have put in but for my entire team”, Mitchell said.

Despite being a star athlete, Mitchell is just an ordinary high school student off the field. He often shares the love he has for his team and his family who is spotted at every game no matter if it’s home or away.

His family’s constant support makes him confident on and off the field. “I have grown a strong relationship with my team and “The Ranch” has become my second home thanks to them,” Mitchell said.

Throughout his high school career, he has been to multiple schools, but his experience at ER is significantly different. “El Rancho has been different from all of the schools I have attended, it is the environment created,” Mitchell said.

Mitchell enjoys spending time off of the field with his teammates, who he now considers his brothers.

Mitchell appreciates the people present on the sidelines for the constant motivation. “I see a lot of people on the sideline who care about the game of football, this is something that I am very grateful to have,” Mitchell said.