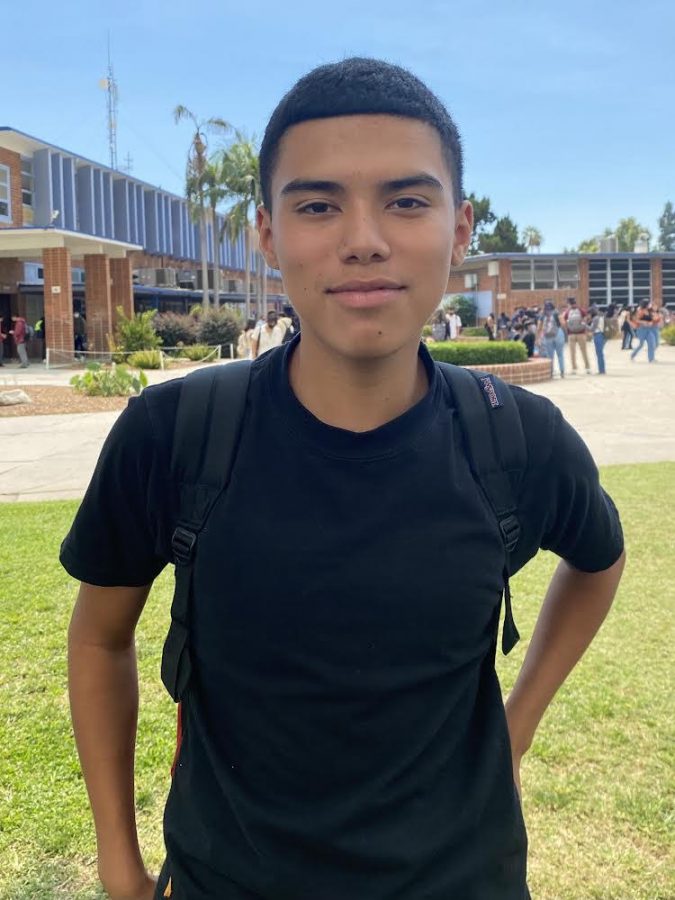 Always laughing and talking to others, Sophomore Christian Velazquez is simply irresistible! His sweet persona along with his musical talents make Velasquez the full packaged deal.

Long time La Puente resident, Velazquez moved to Pico Rivera two years ago. He is the oldest out of four siblings. He has been singing since he was five years old. Not only can he sing, but he can play the guitar and the piano.

“I started singing when I was little. Back then I didn’t think much of it, but now I want to have a career in doing it,” said Velazquez.

Currently, he performs at parties and is compensated for his performances. He has only been performing for the past four months. “When I first performed I was really nervous, but the more I did it the more comfortable I got performing,” said Velazquez.

His other interests include skating and playing soccer. Velazquez taught himself how to skate, play the guitar, and play the piano. He has been playing soccer since he was four years old but has currently stopped due to COVID.

His favorite genre of music to sing is “Corridos tumbados,”  said Velazquez. Corridos tumbados has been a popular genre amongst younger generations of Hispanics. He writes his own songs about love or problems he is facing, but are unreleased to the public.

His favorite instrument to play is the guitar because of the freedom it allows. “I’m able to be more creative when I play it,” said Velazquez.

Along with his passion for playing guitar, Velazquez intertwines his singing with his guitar performances. “Singing makes me feel good since it’s something I know I’m decent at,”  Velasquez said.

Velazquez is not the only performer in his family. He said, “Both of my parents sing and my dad used to perform in Las Vegas, but currently doesn’t.”

His major influence to become a better singer stems from his father. “The times when I saw my dad sing, I wanted to be as good as him,” said Velazquez.

You can check out his singing on Instagram @the0nlychrissss.