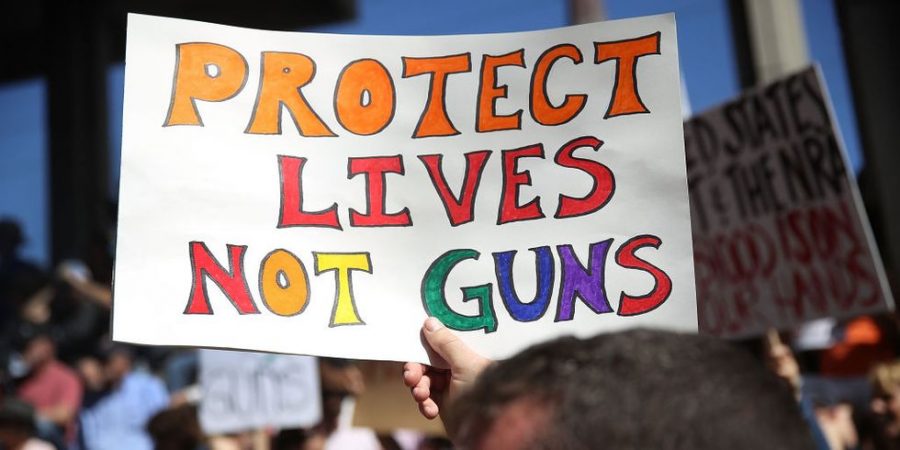 Who will say enough?

Here we are again. It seems like there is no more to write or no more words to say that you haven’t already heard. The news of the Oxford shooting was truly devastating. The lives that were lost not only affected that Michigan community, but affected the whole country. The victims were Tate Myre, 16, Madisyn Baldwin, 17, and Hana St Juliana, 14. A fourth student – Justin Shilling, 17, – died on Wednesday.

“It’s never going to happen here” are the words everyone says about school shootings. In a perfect world, we would go to school without the constant fear of being the next news story or the next statistic for “mass school shootings.”

This isn’t a political problem either; it’s a gun safety problem. It has been a problem for so many years now. Until the problem is solved, it is every American’s problem. Gun violence prevention isn’t red or blue, left or right, it’s about saving lives. Take a moment to think about all the families who will now have an empty seat this holiday season due to gun violence. We do not need to argue about who is right and who isn’t, we need to instead provide support and alliance to communities affected.

I remember every shooting that has happened in my lifetime and it’s been countless tragedies since then. I have been practicing shooter drills since I was 4 years old and now as a senior in high school, the thought of being a victim of gun violence runs through my head constantly.

All the things that are said by the people in positions of power are not enough for the obvious cycle of gun violence in schools. Since the Columbine High School shooting, school shootings have become a common incident. Victims of gun violence have become so common to see on the news, so we hardly bat an eye at them anymore. For every school shooting event we see, there are hundreds of lawmakers making public announcements that their thoughts and prayers are with the victims and their families. In all honesty, those thoughts and prayers are simply not enough anymore.

The Parkland shooting is one of many school shootings that have brought light to the subject of gun violence in schools and it is clear, clearer than it’s ever been (if it hasn’t been already), gun regulation needs to change.

But again haven’t you all heard that already. At my seat I will sit until June 2022, I am sure dozens of people would wish their child, best friend, sister, classmate could do the same.

When you are young they assume you know nothing. Well, I do know about Joaquin Oliver, a seventeen-year-old who was a victim of gun violence at school. Joaquin was one of 17 victims of the shooting at Marjory Stoneman Douglas High School in Parkland, Florida. He was my age and I constantly think about him. And you might think it is weird to think about someone who I have never met. I think about him because of his age, I remember hearing about his story still in middle school. Now I am 17 and I could never imagine my life ending at this moment living so much yet so little. Joaquin was robbed for the rest of his life.

I can think of no other way to say this, so here goes: Guns down America. Your children are being killed, no more of your thoughts and prayers.

I turn eighteen in a month and by then, I have passed many of the ages of gun violence victims in the United States.

Let that sink in. The age of eighteen is the gasp of air I have been waiting for.

I am extremely grateful to have never experienced anything close to a school shooting, and after so many of them, I am morally obligated to talk about it. But are we surprised that it keeps happening?

We see the constant cycle: shots fired, dead children, parents crying, Senators lying along with thoughts and prayers. Then again with #NEVERAGAIN trending on Twitter.

Until it happens again.

I hear the sound of my own voice asking the same questions “what if it happens here?”

The fear of calling your loved ones because it might be the last time will haunt you as long as you are in school.

The fight to make schools safe needs to continue all over the country because fear doesn’t belong in any classroom.

So America as a student, a daughter, and as an American, is a gun worth my life, or will you fight for my safety in school?