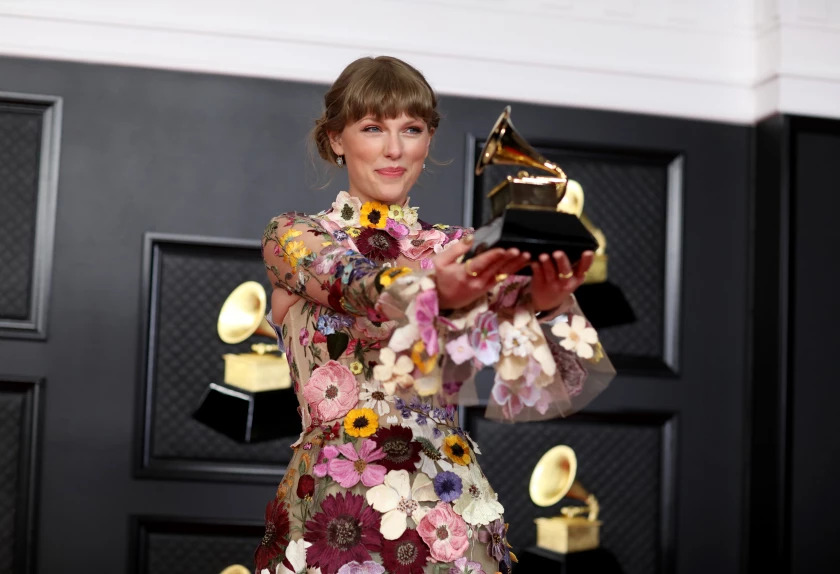 The album stole headlines during its release in November 2021.

Re-recorded in extreme detail, along with dozens of songs cut from the 2012 original album. Taylor Swift’s “Red” album became a staple for her fanbase.

Longtime Swift fans welcomed the old album in a new way, taking to Twitter to celebrate its arrival including tweets with a red scarf emoji, a reference to Swift’s “All Too Well.”

The second of six albums that Swift is remaking to regain financial and legal control of her discography, sold by former label owner Scooter Braun. Braun brought in $300 million for Swift’s former label, Big Machine, giving him ownership over Swift’s first six studio albums. Swift, who claims she found out about the sale at the same time as the public.

Swift and her management re-released the albums and it’s built on the belief that her fandom will consume anything slightly retouched versions of songs that came out less than a decade ago.

The original “Red” album was released in 2012 and is considered to be one of her best. Swift did not take any Grammy awards home at the time of its release, despite being nominated for album of the year and best country album at the 2014 ceremony. The re-release could change that since Red (Taylor’s Version) is eligible for Grammy nominations, although there are few restrictions.

As for the Swift’s fandom also known as “Swifties”, they seem to be even more excited for the re-release of Red than ever.

The slight vocal maturity of Swift is so pleasant for a listener. “Nothing New(Taylor’s Version)” is a perfect example of the vocal maturity she shows.

Each song on the album continues to elevate Swift’s ability to give off the wow factor.

As for “All to Well,” let’s just say that it left the public not too well, leaving everyone feeling like they are experiencing their very first heartbreak. With the lyrics really pushing everyone to the edge.