Titles are forever in the “City of Champions” 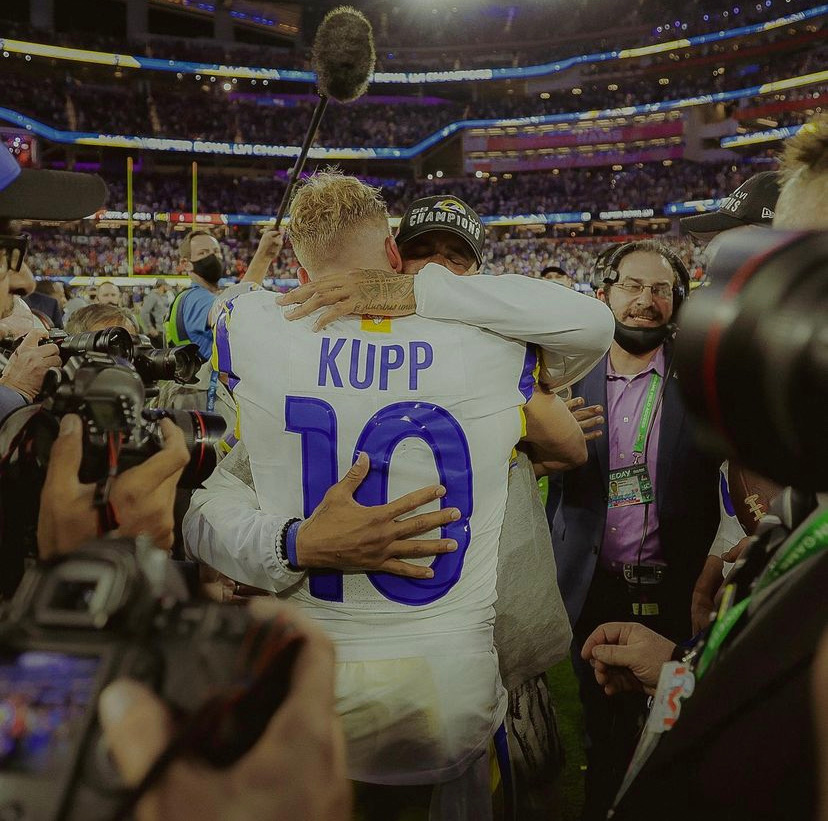 Here in the wild, wild west winners are created.

The Rams’ 23-20 defeated the Cincinnati Bengals in Super Bowl LVI. The Rams, who returned to Los Angeles six years ago after a 21-season hiatus in St. Louis were eager for a victory that will set them on equal ground with the Lakers and Dodgers, two beloved franchises that won championships in 2020.

The Rams, like the Tampa Bay Buccaneers last year, are only the second team in NFL history to win a Super Bowl in their home stadium. Before 2020, no franchise in NFL history had ever managed to accomplish such a milestone.

With the Rams’ victory, even by a game-saving play, there was still plenty of talk regarding who might be given the title of MVP. In the end, the title went to Cooper Kupp, who had eight catches for 92 yards and two touchdowns.  Aaron Donald, reported having two sacks, lost out to Kupp for the MVP award.

Aaron Donald is rumored to be seriously considering retirement. Donald could perhaps retire if the Rams won the Super Bowl. Donald didn’t say much after the Rams’ victory to clear up the allegations. “I’m just in the moment right now,” Donald said. “This is something I’m going to enjoy with my teammates and family. I’m just going to live in the moment and take it all in today, or for the next few days. This is a wonderful thing.”

If Donald retires The Rams will have a great deal of difficulty repeating next season. Not only would they be losing one of the best defensive players in NFL history, but they’d also be responding with several free agents, including Odell Beckham, Von Miller, Darious Williams, and Sony Michel, to name a few.

During the regular season, Stafford and Kupp formed one of the most lethal duos in the league. Stafford discovered a go-to target in Kupp, who had a league-high 145 catches for 1,947 yards and 16 touchdowns.

Since trading Jared Goff and several first-round picks for Stafford, the Rams have been all-in on this season. Miller and Beckham were both impressive offseason additions who made big plays during the team’s NFC playoff run, which included a thrilling 30-27 victory over the Buccaneers and Tom Brady.

All week, McVay was the subject of retirement rumors, which he denied on Saturday and Sunday. He doesn’t really have reason to retire right now. He is among the top coaches in the NFL, as demonstrated by his Super Bowl ring.

Odell Beckham Jr is believed to have torn his ACL in Sunday’s Super Bowl win. The long road of recovery will be hard for the free agent. Beckham had 2 catches for 52 yards, one touchdown before the injury. What a moment for Beckham, who got cut by the Browns picked up by the Rams, and three months later he is now a Super Bowl Champion.

To the city of Los Angeles, a Super Bowl win was for the people of  L.A. and you saw it in everyone. For the past 16 months, this city has been on a winner’s high. Most importantly L.A. has the heart of a champion. It is willing to burn down and build back up better.

To raise another trophy over our heads reminds us of all of the losses we’ve had to overcome.

A hard loss to not only the Los Angeles community but to the athletic community was the loss of former LA Laker Kobe Bryant. Los Angeles was in a dream-like state for the past two years, as the city has mourned the tragic deaths of Kobe Bryant, his daughter Gianna, and seven other individuals in a helicopter accident. It rattled the Los Angeles Lakers organization, the sports world, and the world at large.

The Rams are Super Bowl Champions living in the “City of Champions.”

Okay is it Dodger season yet? 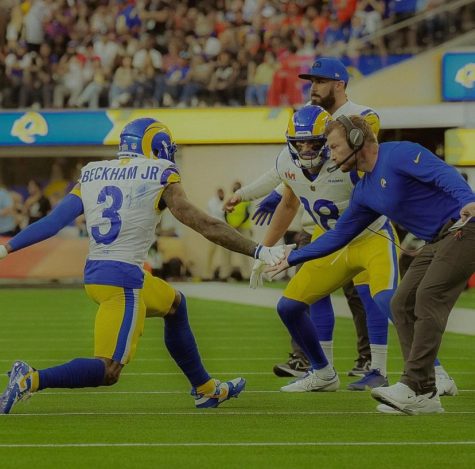