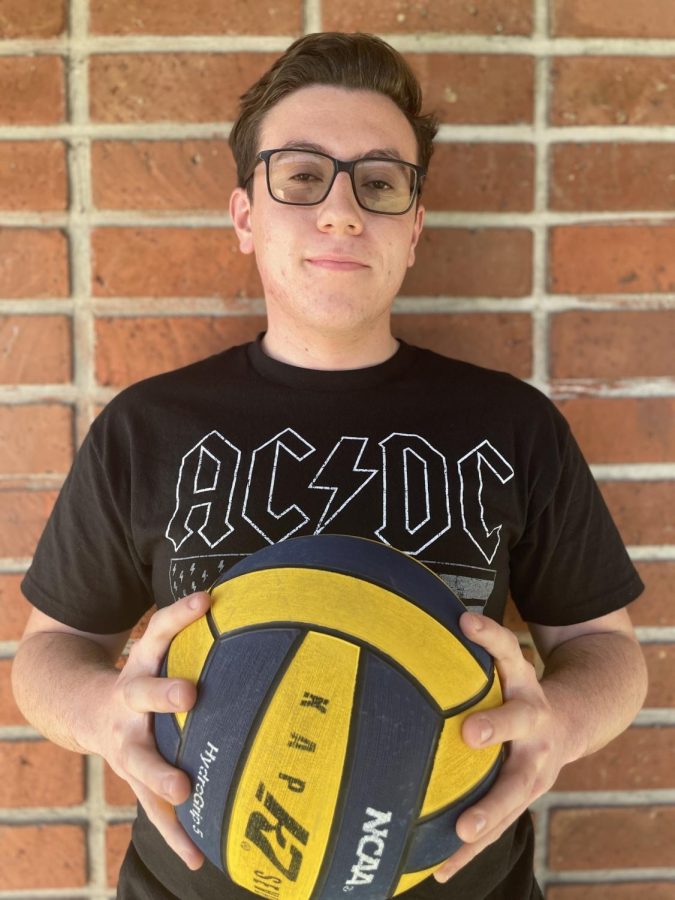 Adrian Vazquez is the only senior left in the boys aquatics program this year. He has been a part of the Aquatics program as a swimmer since his freshman year and a water polo player since sophomore year.

Vazquez was hesitant to join water polo because he was scared that he wasn’t going to like it. Water polo is a very physically demanding sport and it’s very intimidating. Vazquez didn’t know if he was ready for that and didn’t join even though his friends insisted on it. Once he was a sophomore and had already experienced swimming he gave water polo a shot.

“I didn’t know if I was going to like water polo, so I didn’t join my freshman year but my friends in swimming got me to join and I loved it,” said Vazquez.

There were other classes of 2022 members that used to participate in swimming but after the COVID-19 lockdown began, they just didn’t come back. Vazquez was left alone to carry the senior role of the aquatics program, but it wasn’t something he was scared about.

“The cool part about not having any other guys in my grade that senior night is that I had all the attention,” Vazquez said.

Vazquez is not only a great athlete but also a great student. His class schedule is lined with AP classes like AP Calculus AB.

Vazquez has always had a love for rock music because his father and older brother would listen to it with him. He really got into playing the guitar because most of his favorite songs use the guitar and he wanted to mimic them. Vazquez’s parents got him his first guitar for Christmas in 2017 and he’s been playing it ever since. In whatever free time he has left, he loves to play the guitar and learn how to play his favorite songs.

“I always thought playing the guitar was super cool and every time I picked up the guitar and started playing it was like I was in a new world. When I play, I feel happy. I feel free” Vazquez said.  “I mainly like playing old songs that I listen to or that my parents have shown me. I really learned how to play decently during COVID because all I had was free time, so I just kept playing and playing.”

His final moments in high school are coming to an end as he gears up for his final swim season. Vazquez finished out his water polo career this past Fall and will represent the seniors again during swim season this spring.

“It’s crazy to think how fast four years have passed. I’m happy it happened and I enjoyed every second of it. I will miss my team and I will miss competing but it was fun while it happened. I want to leave the younger guys on my team with a little advice. Never stop trying, always keep going, if you fall, get back up and keep trying and you will succeed.”

Vazquez has been accepted to his dream college, Cal State Fullerton, and will be starting there in the fall. He will be studying engineering and working towards becoming an engineer.