The new Scream movie has old and new fans screaming 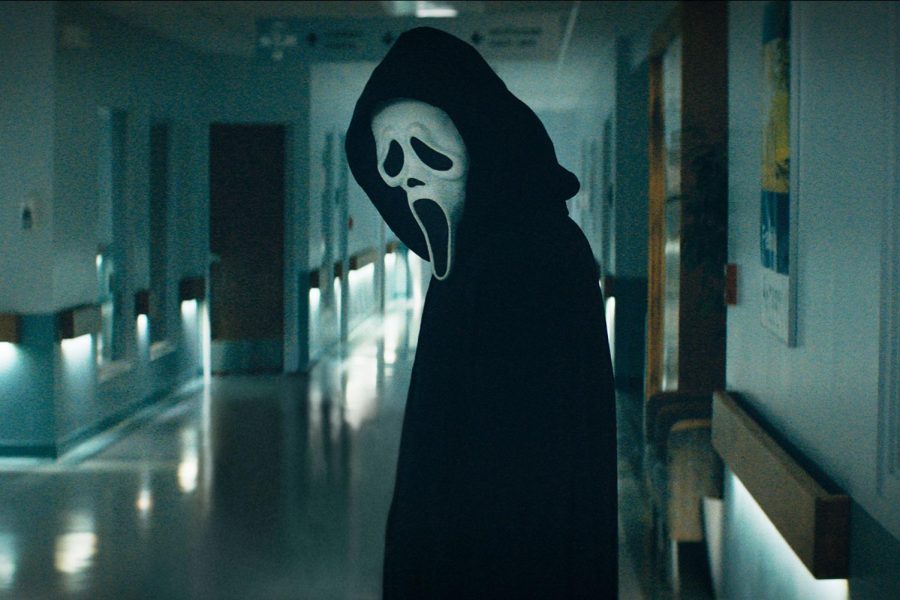 The popular Scream movies return to the silver screen for the first time since the release of Scream 4 eleven years ago. The cast returns to the small town of  Woodsboro and continues to pursue the identity of the newest Ghostface.

The movie is surprisingly good. I’ve never been a huge fan of Scream movies, but I enjoyed the original one. So watching this one was very entertaining because it had a lot of action connecting the past and future.

This created a good amount of surprises because throughout the movie there were scenes that were word by word from the old one creating a nostalgic feeling while watching it.

Also the main characters from the original Scream pop out throughout the movie like Billy Loomis, Deputy Dwight “Dewey” and of course Sidney Prescott. It’s great to see the originals still and I’m so glad they didn’t cast new people to play the originals because it would have weakened the quality of the storyline.

There were some pretty amazing scenes in the movie like the scene where “Slasher” Mikey Maddison kills one of the most beloved characters, Deputy Dwight “Dewey,”

The cherry on top was towards the end when the cast ended up back at the original house from Scream 1 which is a thriller fan’s idea of the perfect ending.

As I was watching the movie I was pretty surprised by how the characters would lowkey diss the old scream movies which created some ironic humor.

I’m glad that the Scream writers gave the fans what they wanted after the long wait and anticipation. They heard the fans talking bad about the old ones and did not want to disappoint.

I would highly recommend this movie to anyone who is into horror films and movies that make you question who did it. This movie is all about guessing and finding things out throughout the storyline.

I would rate this movie a 9/10 due to the main character not being that scary, but other than that it had certain characteristics that I look for in a Horror movie: surprising events, suspense, good acting, good cinematography, and originality.