US Secretary of Education and Congresswoman visit El Rancho 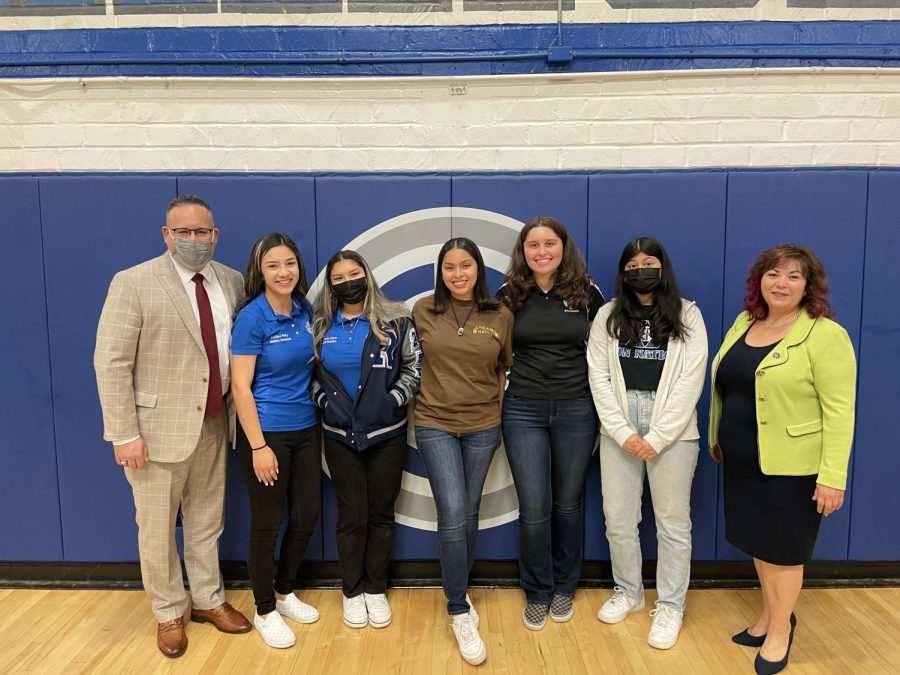 United States Secretary of Education Dr. Miguel Cardona and Congresswoman of the 38th Congressional District, Linda Sánchez, visited El Rancho High School on March 29. A tour of the school, along with meetings with the Superintendent of local districts were held during the visit.

The Secretary of Education paid a visit to two classrooms during his hour and a half visit to the Ranch.

Mrs. Dorado, the PLTW Engineering teacher presented her class and the projects they had been working on. Mr. Francis revealed the story behind the hundreds of pennants hanging from his ceiling and praised his students. The class visits were relatively short, but both esteemed guests focused on their interactions with the students.

In Mrs. Dorado’s class, Congresswoman Sánchez spoke to the students and asked about their projects. In Mr. Francis’s class, Dr. Cardona asked the class their favorite part of El Rancho and was inspired by the unanimous answer; the connections between the students and teachers.

The band, cheer, and ASB members welcomed the honorees with music and a show. The El Rancho spirit echoed throughout the quad.

Staff member Yaileen Ramos was interviewed by the local news about her interaction with Dr. Cardona. Ramos participated in the press conference held in front of the cafeteria. She asked how Latinx and Indigenous cultures would be better represented in Ethnic studies classes, but Dr. Cardona relayed his job doesn’t involve curriculum but was excited about her question. 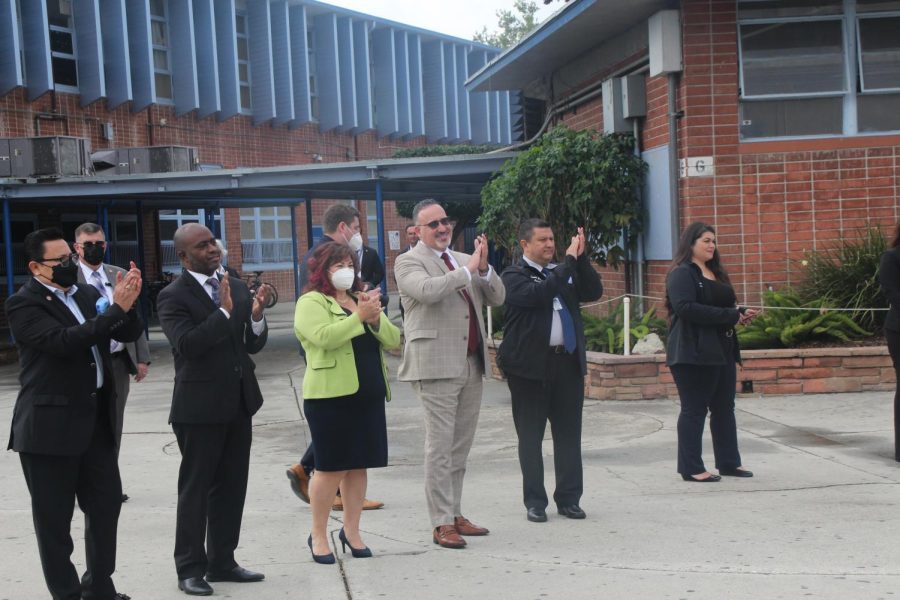