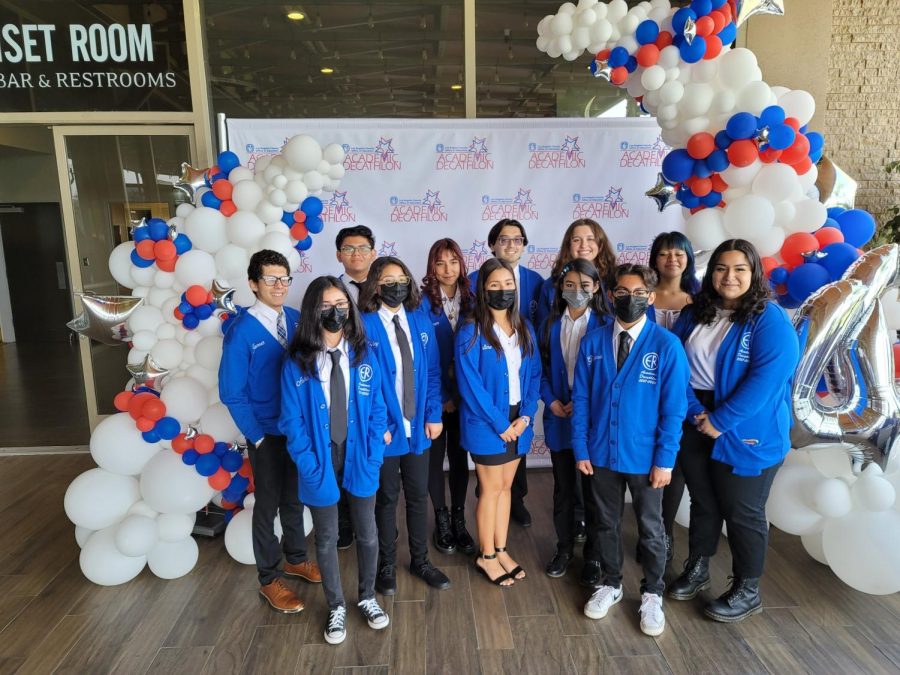 El Rancho placed 7th out of thirty-four schools in the LACOE section of the Academic Decathlon. Team II or the Junior Varsity team placed 2nd out of 18 teams. A major success for the decathletes.

Five members of  Team One were awarded medals during their visit. Christian Acosta De La Rosa earned bronze in Essay.

Juliza Molina racked up a Gold in Interview and Silver in Speech.

State competition results were released prior to the event with El Rancho placing 9th in Division III.

Molina earned the overall top score in Interview with a score of 990. Ariadne Aquino earned Silver in Math and Rojo placed as the top scorer on the team.

Next year’s Academic Decathlon team is underway with recruitment meetings and recommendations by students and staff. The 2022-2023 theme is “The American Revolution and the New Nation.”

The ERUSD Board of Education will recognize the accomplishments of this year’s team during the board meeting on Tuesday, May 17.

Be on the lookout for next year’s team as they prepare for more studying and hopefully more medals. 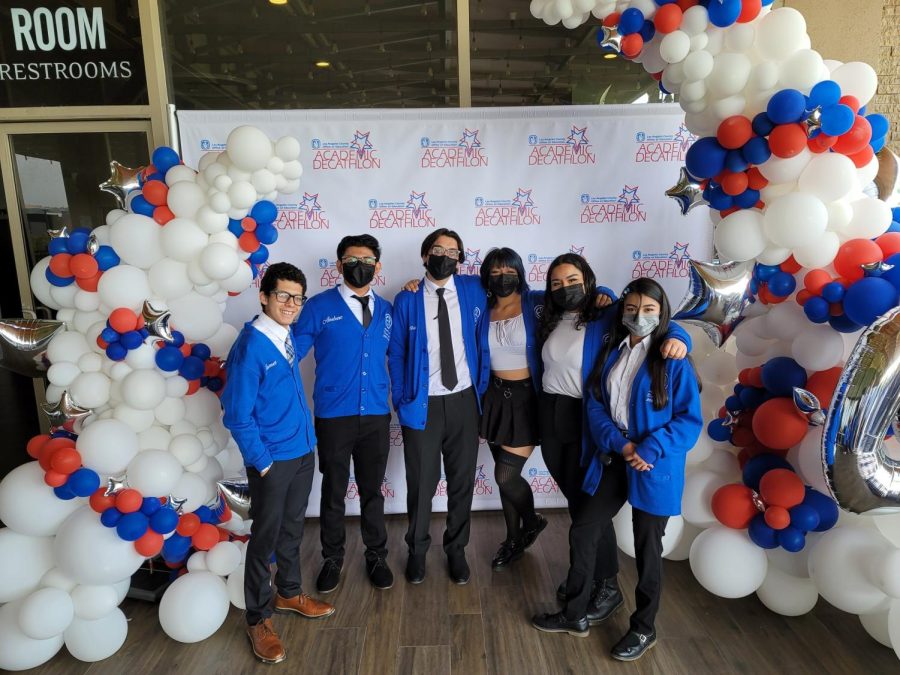 Gallery|3 Photos
The Academic Decathlon Seniors huddle together for their last banquet.
Leave a Comment
Donate to El Rodeo
$45
$500
Contributed
Our Goal