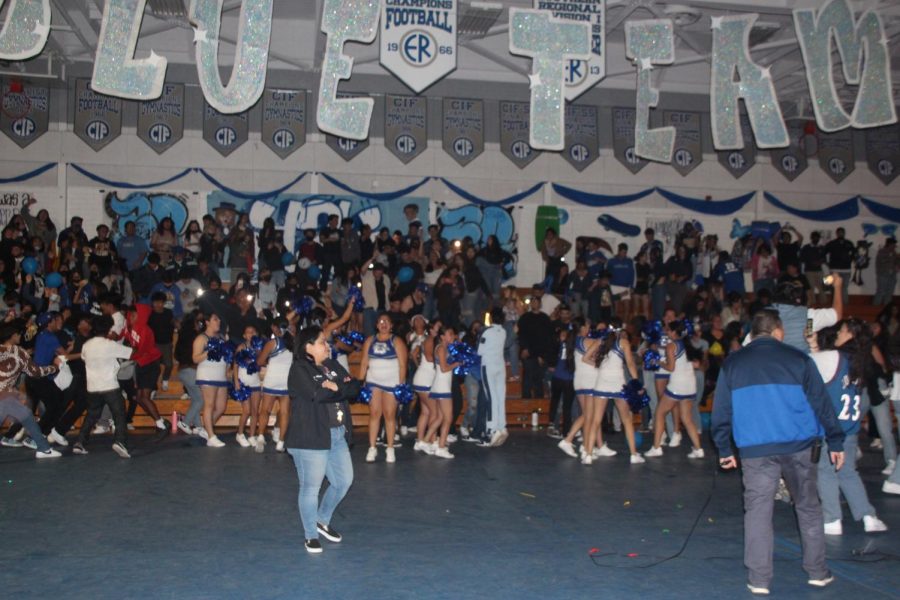 Blue team after their victory was announced.

Don Games 2022 returns after a three-year hiatus with the Blue team’s victory.

The Blue team, the seniors and freshmen, dressed their side with posters and decorations inspired by the Y2K era. Bratz dolls, graffiti, skateboards, and Hello Kitty posters backed the walls of the Old Gym. Seniors and freshmen dressed in their best recreations of street style from the early 2000s or their team color, Blue.

The Gray team, the juniors, and sophomores brought the 50s to the opposite side of the gym. Characters like Betty Boop, Tweedy Bird, Tom, and Jerry filled the back. Most Gray team members wore their team color, but a few students pulled out their best 50s attire.

Although skits are a normal part of the traditional Don Games, they were canceled and replaced by more games due to lack of participation.

The Dance battle had brought more excitement to the games with junior Julio Perez winning with his twerking, the worm, and more. Senior Sarah Cisneros put her best foot forward with her moves but ultimately lost.

Performances from the band, led by Mr. Nelson, and chorus split times between games. Chorus performed iconic theme songs from shows like Friends and Full House.

Folklorico performed on the floor, waving their iconic dresses and bringing the culture of many El Rancho students to the school. Dances from Cheer and Song brought crowds together.

A few mic issues and a few mishaps occurred, but the Games still ran as smoothly as they could.

The cheers and screaming matches brought classes together in the Old Gym. Students lost their voices and became light-headed from cheering so loudly.

The homecoming to the second-semester tradition cemented the return of El Rancho pre-pandemic. 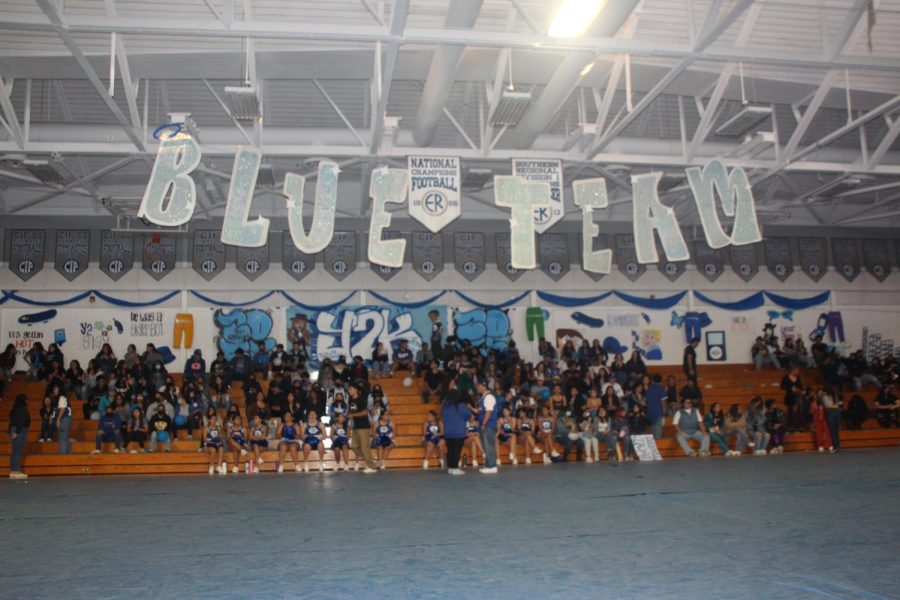