Songs that will radiate fall vibes even in this heat 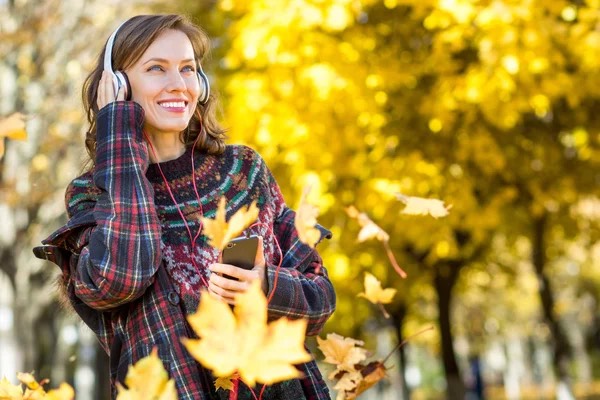 Fall is an exciting time of the year, the air is crisp, the candles are out, and the leaves are falling. It’s the transition from summer to winter and many teenage girls like myself look forward to the vibe it brings. There are just so many things to love about it!

Summer is the season to listen to upbeat high-energy music that by the end of it begins to feel repetitive from being played on the radio so much. In the winter, Christmas music is played during the entire holiday season which makes you feel cheery and joyful for the holidays. And yes, Halloween is during the fall season, but no one really listens to spooky-themed music when it is not Halloween day.

There is no music that’s specifically assigned to Fall but here are some songs that I believe give that autumn feel and that you should listen to during this fall season.

From Swift’s, powerful vivid lyricism to the soft instruments she uses, this cathartic 10-minute-long song is just the right one to listen to during the Fall season. She uses her past heartbreak to deliver a masterpiece of a song with lyrics like “We’re singing in the car, getting lost upstate Autumn leaves falling down like pieces into place” that as you listen, makes you imagine two people enjoying each other’s company while driving around a scenic view of upstate New York where the leaves are changing colors and the air is crisp.

Fleetwood Mac is known for their groovy calm music that just relaxes you; “Rhiannon” is perfect to listen to during the fall season. It reminds me of the tranquility that you feel when the temperature is cool and the lyric “She is like a cat in the dark and then she is to darkness” reminds me of the Halloween season in the way that black cats give that spooky feel.

This song is one to listen to if you want to feel everything being sung about. Girl in Red highlights this love found during October with lyrics like “We fell in love in October that’s why I love fall” and emphasizes the way that this found love is the reason for happiness during such time. It represents the way you want to feel during the season.

You might wonder why “Vienna” reminds me of fall, but I believe it to be such a fitting song that you should consider listening to for the autumn feels. Joel captivates us with this struggle that the person in the song is facing of growing up too quickly. It reflects on the way that many overachieving high school students feel–especially at the beginning of the school year in the fall. Students are doing anything to be the very best they can be to get into a great college, while also being on the verge of burning out with lyrics like “You’re so ambitious for a juvenile but then if you’re so smart tell me why are you still so afraid?” This represents the feelings of many overachieving high schoolers and therefore why it is a perfect song to listen to in the fall for when this mentality is at its peak for many.

Del Rey’s cover of “Season of the Witch” is a great pick for songs that feel like autumn. Her low-toned voice and lyrics like “Must be the season of the witch” paints a picture in your mind that reminds you of Halloween. The song has this calm yet spooky feeling to it that brings back memories of watching scary movies during October.

Styles sings about a bittersweet love that is important to him. From his mellow voice to the soft guitar strings he brings that comfort and warmth you feel during fall. The song reminds me of a rainy day while being snuggled up in a blanket and drinking tea.

Taylor Swift is on the list again because her music is the epitome of fall with records like Evermore and Red that just scream chill weather, pumpkin spice lattes, and leaves falling. Her track, “Cardigan” doesn’t shy away from painting a strong picture in your head where you’re walking on broken cobblestone during a cool temperature and the leaves on the trees around you are brown, red, and orange colored. The title in itself just feels like fall; cardigans are typically worn the most during this time of year.

If you are an overachieving high school student that feels like you are doing everything at once or are experiencing heartbreak–or both, then this collection of specially curated songs is just for you. Take a listen to these songs and you might just consider adding them to your playlist for this fall season.