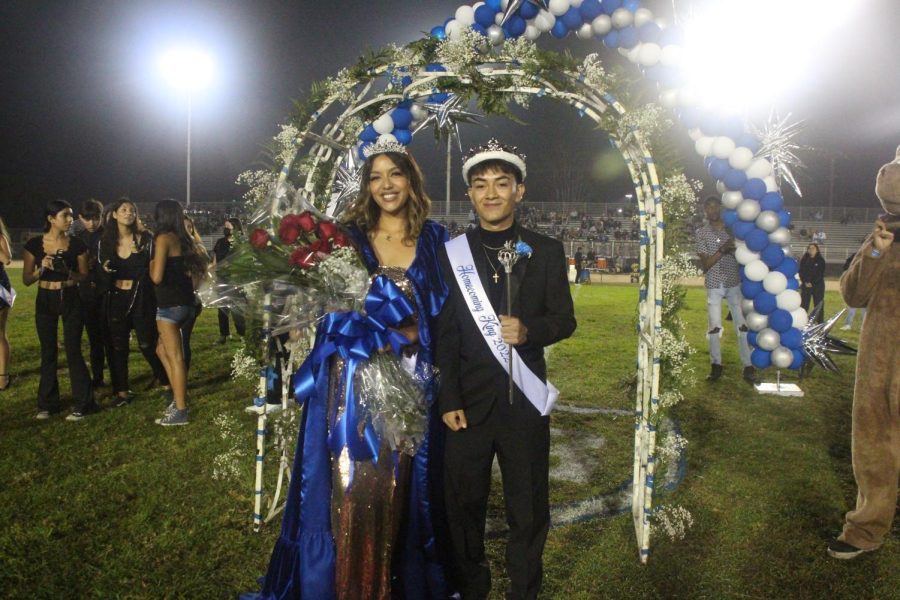 Left as prince and princess and came back as king and queen.

The 2022 Homecoming King and Queen were crowned last Friday night at the Homecoming football game. They may have won the title, but do you know who is representing the senior class of El Rancho? Meet Homecoming King Daniel Lemus and Homecoming Queen Kimberly Diez De Sollano.

Daniel Lemus plays for the varsity basketball team and is a member of the Math Club. Daniel also is a part of the El Rodeo social media team and makes tweets for the El Rodeo Twitter account.

He enjoys playing basketball, listening to music, and going out with his friends in his free time. The highlight of his senior year so far was the homecoming game and dance.

At first, he ran for king just for fun, but now his purpose is to represent the short kings of El Rancho. He plans on going to a university (hopefully UCLA) and study computer science.

Kimberly Diez De Sollano is El Rancho’s ASB president, varsity cheer captain and member of Key club. She volunteers at Presbyterian Intercommunity Hospital in Whittier or PIH Whittier on the weekends. She likes to hang out with her friends and family and she enjoys reading and watching tiktoks.

The highlight of her senior year has been winning homecoming queen because her whole team, friends, and family were all there to see her win. They also made it the most memorable and favorite home game she’s cheered for.

She decided to run for queen because she thought it would be fun to do and challenge herself to get out there. She plans to attend a university after high school and get a bachelor’s degree in medical technology. She then plans on becoming a medical technologist.