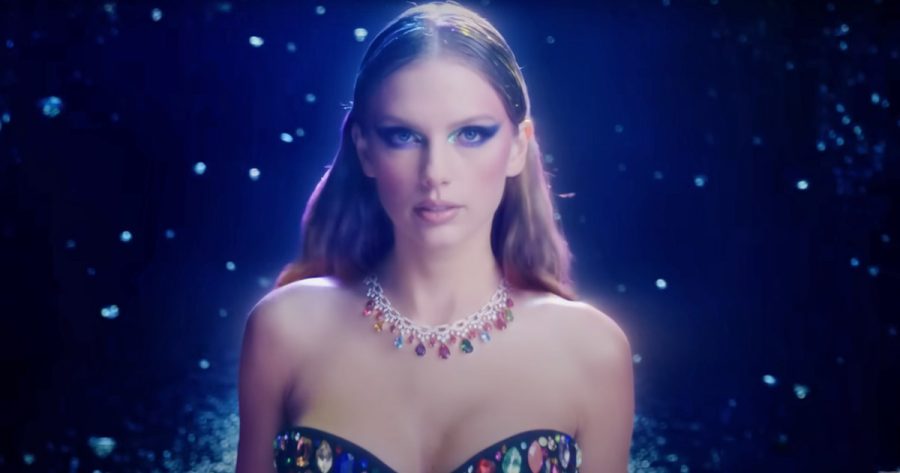 Taylor Swift did it again. After releasing four albums since 2020, she released yet another album, “Midnights,” on October 21, 2022.

Swift is known for constantly releasing new albums and reinventing her music each time. From country to pop, to alternative, she has dabbled in different genres, never shying away from experimenting with her music.

“Midnights” is upbeat, and catchy, and uses melodies with good rhythm. She tops it off with the strong lyricism seen throughout the album–it is Swift’s specialty in her work.

After creating two alternative indie-folk albums, “Folklore” and “Evermore” in 2020, she returns to her roots with a pop album that is electrifying, reflective, and her most profound work yet.

Alongside her long-time collaborator, producer Jack Antonoff, Swift encompasses stories of 13 sleepless nights that are scattered throughout her life. Swift says it herself that it is “a journey through terrors and sweet dreams.”

She uses her deepest fears and thoughts and turns them into art. She reflects on the highs and lows she has experienced in her life. Every song offers a new perspective on her life.

The album’s first track “Lavender Haze,” is a great opener to the album with the first lyrics being “meet me at midnight,” obviously pertaining to the album’s overall theme. The second song on the record “Maroon,” discusses the love she has as she paints it a shade of red, also a reference to “Red,” Swift’s 4th album.

The highlight of the album, “Anti-Hero,” conveys Swift’s deepest insecurities, fears, and worries. It’s an extremely personal track that was brave of her to release. She allows listeners to know her deepest feelings about herself. Many people can relate to the issues she discusses and isn’t a song that should be skipped.

Other tracks like “Snow on the Beach,” featuring the queen of alternative music Lana Del Rey, are filled with beautiful vocals and lyrics that reflect the building of a romance. It is exciting to experience the song as it is something many fans have wanted to hear–a collaboration between the two is monumental.

If you are a senior in high school or a college student preparing to go off into the world, “You’re on Your Own, Kid” should be the first song on your playlist. Swift has a conversation with herself about the fears about going off on her own, but knowing that it will all be okay. Swift reminisces on her childhood and how difficult it can be to transition into adulthood as she rose to fame.

Tracks like “Question…?,” “Bejeweled,” “Midnight Rain,” “Karma,” “Vigilante S**t,” and “Mastermind” are all pop perfection. They are fun songs, but still reflect all the meaningful stories that Swift has to tell. “Labyrinth” and “Sweet Nothing” are fairly slower than the rest of her songs on the record and tell an in-depth story on the complexities of falling in love and what it feels like to love someone.

In addition to the thirteen original tracks on the album, Swift surprised her fans with seven more tracks and that version is called Midnights (3 am Edition). Swift has been known to release a few additional tracks, but these seven tracks excited most fans because they did not expect that many bonus tracks.

After releasing her last original album, “Evermore” in 2020 which is the complete opposite of “Midnights,” in terms of sound, she came back better than ever–as she always does. The album reached 1 million sales in the U.S. in just the first week of release.

Not only has the record charted but it has also gained mainstream success as it has trended on social media since its release. Trends on Tik Tok have reached popularity by fans creating dances such as the “Bejeweled” dance that was created by user “mikaelarellano.”

“Midnights” is an album that anyone can enjoy listening to as there is a song for everyone. I recommend that all give the album a try and follow along Swift’s stories of the many sleepless nights scattered throughout her life.