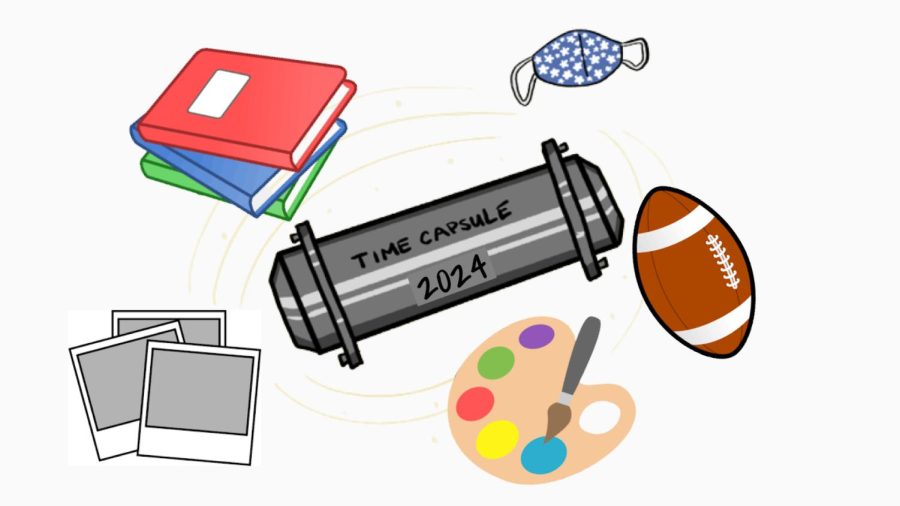 Time capsules are historic caches of goods. If you have ever seen the series, “To All the Boys I’ve Loved Before”, or the film, “Crossroads”, you might be familiar with the popular and sentimental scenes where the characters open their time capsules after several years and are instantly brought down memory lane.

But have you ever made one? Either by yourself or as a class?

Based on the information that I have gathered from several students from the Class of 2024, many are interested in creating one to look back on when they are older.

Junior Elise Buenrostro says, “I think we should have a capsule because it will help hold onto memories of a class that went through so much and still made it though, it would be cool to be able to look back someday at what it was like to be in high school for the class of 2024.”

Over the years, time capsules have become less and less popular. But if you’re a 90s movie lover you’ve probably thought a time capsule would be a cool idea.

Time capsules come in various sizes but most are compact and fit a variety of small to medium items that may carry sentimental value for someone. It is a great way to reminisce on your high school memories.

Junior Nadine Palmerin says, “I think they are cool because it’s a way for you in the future to look back on how you were when you were younger. It’s also a great way to remember key events in your life. I think it would be cool to have a class capsule because it would be interesting to see what people decide to put in it.”

Overall, time capsules could be a fun idea where students can look back on a time when they had no cares in the world whereas now they are adults with many responsibilities!

What do you think? Should we bring them back?